The War on Terror (2001) continues to linger on 19 years later, without the desired results with terrorism embedded in the social fabric of Afghanistan, deteriorating it further. Since the 9/11 attacks and the incumbent War on Terror, several US presidents during their tenure have attempted to drawdown troops from Afghanistan and reach a peaceful settlement, to no avail. With the advent of President Donald Trump’s administration, the US entered into direct negotiations with the Taliban, without the participation of the Afghan government, providing fresh impetus for a solution to the protracted war. With hardly any progress on ground, the Trump administration reversed the longstanding US narrative of an “Afghan-led, Afghan-owned reconciliation process,” and held the first high-level U.S-Taliban talks in Doha (July 2018). This followed the appointment of Ambassador Zalmay Khalilzad as the Special Representative for Afghanistan Reconciliation and added momentum to the peace efforts. Following a year-long series of meetings with Taliban officials in Doha, an “agreement for bringing peace,” to Afghanistan was signed between the US and the Taliban on February 29, 2020. It was decided that after finalizing the agreement the Afghan government will begin the intra-Afghan negotiations on a political settlement and comprehensive ceasefire. 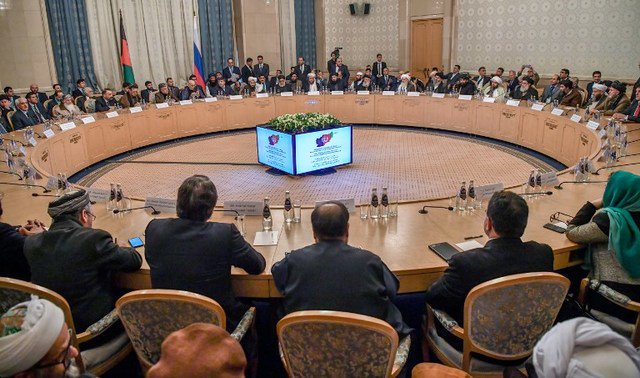 However, while the need for the intra-Afghan negotiations continue to grow, there has yet to be any scheduled negotiations. The resurgence of violence and insurgency in Afghanistan disrupts the path towards peace and complicated the peace process by delaying the intra-Afghan dialogue and causing resistance amongst the US government to drawdown its troops. Although the unprecedented ceasefire by the Taliban on Eid-u-Fitr provided impetus for fostering relations between the US and the Taliban, yet the series of violent attacks has not been fruitful for the Afghan peace process: the US conducted air raids against the Taliban in Western Farah, killing three senior Taliban commanders and 13 other fighters. Similarly, in recent weeks, numerous deadly attacks were staged on Afghan security forces. Local officials claim the area is controlled by the Taliban. The areas controlled by the Taliban in Afghanistan are Sar-e-Pul, Farah, Ghazni and pars of Kunar and Kunduz.
Security and instability are not the only challenges in Afghanistan, lack of accountability and corruption also entail serious implications. This is evident with the recent promotion of notorious warlord Abdul Rashid Dostum to marshal. Instead of holding him accountable for all his war crimes during the U.S. invasion in Afghanistan, President Ghani’s decision to promote him has portrayed the government’s failure to deliver justice.
Recent events are further delaying the intra-Afghan negotiations and complicating the already strained relationship between the Taliban and the Afghan government. Problems arise as the Taliban accuse the government of recapturing previously released prisoners; however, the Afghan authorities reject this claim. Secondly, after an Afghan grand assembly, known as the Loya Jirga, passed a resolution, on August 9th 2020, pressing President Ghani to release remaining 400 Taliban prisoners. This was a step to remove hurdles for the start of the peace talks; however, challenges persist as France objected the release of three men, among the ones being released, jailed for the murders of French nationals in Afghanistan. Resultantly creating more hindrances in fulfilling the final condition of the deal between the Taliban and the US government and delaying the peace talks.