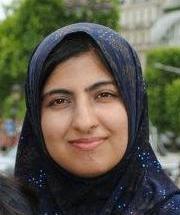 Ms. Maryam Mastoor started her career in 2007. She has worked on topics ranging from political to social issues related to South Asia. Currently, she is working on right wing extremism in India. She also contributes in national newspapers like Daily Times and Express Tribunes and international magazines like Counter Currents and Asia Dialogue.